FlickPrime
Home NetFlix What are the best heist films and TV available to binge?

Staying entertained is key for everyone and something we all love to do. Luckily, there are more ways than ever to go about this in the modern age. Some people for example like to exercise, while others stream the latest music or have fun on social media platforms.

Gaming is also now a huge hobby with people playing not only video games for fun but online casino games as well. Checking out the best online casino sites for real money games is a great way to go about this from the comfort of your own home. There are lots of safe, fun internet casinos to play at now and this makes gaming in this way more accessible than ever.

Of course, catching the best movies and TV shows is still popular. One of the hottest genres right now is heist shows/movies. But which are some of the best to binge on services such as Amazon Prime or Netflix? 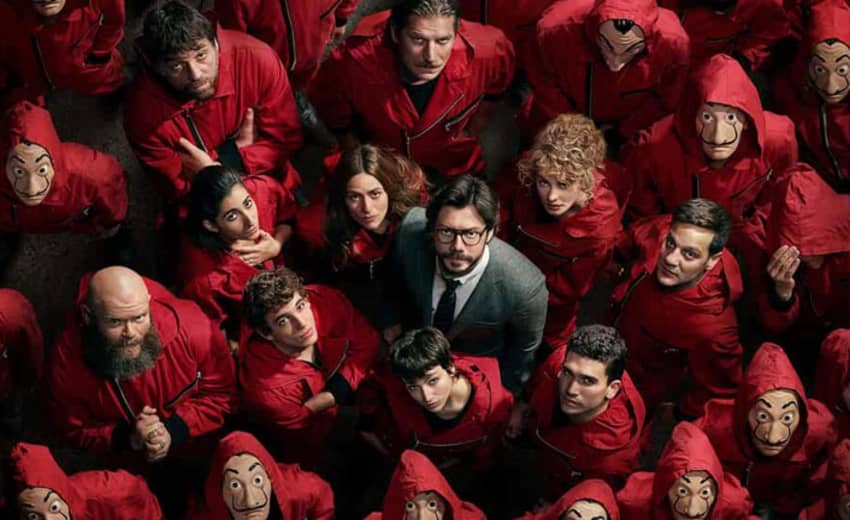 Although it might be a Spanish production, do not let the subtitles put you off. Alex Pina’s gritty, action-packed Money Heist is definitely as binge-worthy as they come. The first season aired on Netflix in 2017 and was an instant hit. It basically tells the story of two daring heists planned out by a mysterious character called The Professor.

Told from the perspective of one of the robbers he hires to pull off the jobs, it is full of sharp dialogue, flashbacks, and narrative twists. Running for three seasons to date, it also features excellent performances and awesome writing.

A truly superb heist flick that you should be able to find on major streaming services such as Amazon Prime or Netflix is Ronin. This film is directed by John Frankenheimer, who is a Hollywood legend, and was released in 1998. The all-star cast here really elevates the story with Robert De Niro, Sean Bean, and Jean Reno, in particular, putting in excellent performances.

Centering on a group of mercenaries who are brought together to snatch a mysterious suitcase, this is not your typical heist film. With plenty of exciting chases, high-octane action, and some very quotable lines, it also boasts a twisting plot that is fun to keep up with.

A great heist movie to binge is certainly Ocean’s Eleven. There are also a couple more films in this franchise that were released after. If you can find them all to watch, you can settle down for many hours of daring robberies and intense action.

From director Steven Soderbergh, this movie was first released in 2001 and has a great cast. Brad Pitt, Matt Damon, and Julia Roberts after all will always be worth watching. The two best performances though are by George Clooney as the main character Danny Ocean and Andy Garcia as the bad guy Terry Benedict. Revolving around Ocean’s plan to rob Benedict’s casino in Vegas, it is a well-plotted film that keeps you guessing until the end.

While relaxing with a good book or podcast, such as Archetypes from Meghan Markle, is great fun, watching the best films and TV is still hard to beat. In addition to this, there is just something about catching a heist TV show or movie which appeals to most people. Maybe it is the chance to watch people doing something we never would, the exciting action or the suspense over whether the job will go as planned – who knows? If you like to watch this sort of film or show on streaming services such as Hulu, Amazon Prime, or Netflix, the above are some great choices to dive into.