FlickPrime
Home News The 7 Best Ecchi Anime of All Time that you can’t stop...

Anime-lovers who enjoy sexual overtones to their cocktail of incredible storylines and heart-thumping music – this one is for you!

With all the amazing animation and poignant characters, research conducted by the Association of Japanese Animations has revealed close to 87.2% of the world’s population engages in viewing anime released by production firms in Japan – making the country a cultural superpower!

Within the realm of anime, however, there is a wide range of different categories creating a myriad of options to choose from for a night of popcorn and binge-watching.

For instance, the shonen style of anime is designed specifically for younger males where the main character of the TV series is usually a male. The protagonist is characterized by musculature, excellent abilities in the martial arts, and a unique trigger that can help enhance their physical strength to a significant extent? Does this sound familiar?

A good example of this type of anime is Dragon Ball Z, with the main character Son Goku who is an embodiment of all that a young boy would wish for.

Given, however, that anime is also created keeping in mind an older demographic, there are a number of ecchi anime that can prove to be enjoyable watches. Read on to discover what to add next to your anime watchlist!

The ecchi category of anime has specific sexual overtones that are a characteristic of this category. Designed for a larger demographic, these are shows and TV series that promote a range of different sexual/ecchi representations such as:

Ecchi anime is a great way for anime creators to engage and entertain their audience. The soft-core sexual characteristics of these anime do not add significant substance to the plot. They do, however, engage directly with the audience’s interests, resulting in an increased engagement with the content.

So what are the 7 best ecchi anime of all time?

The 7 Best Ecchi Anime to Add to Your Watchlist 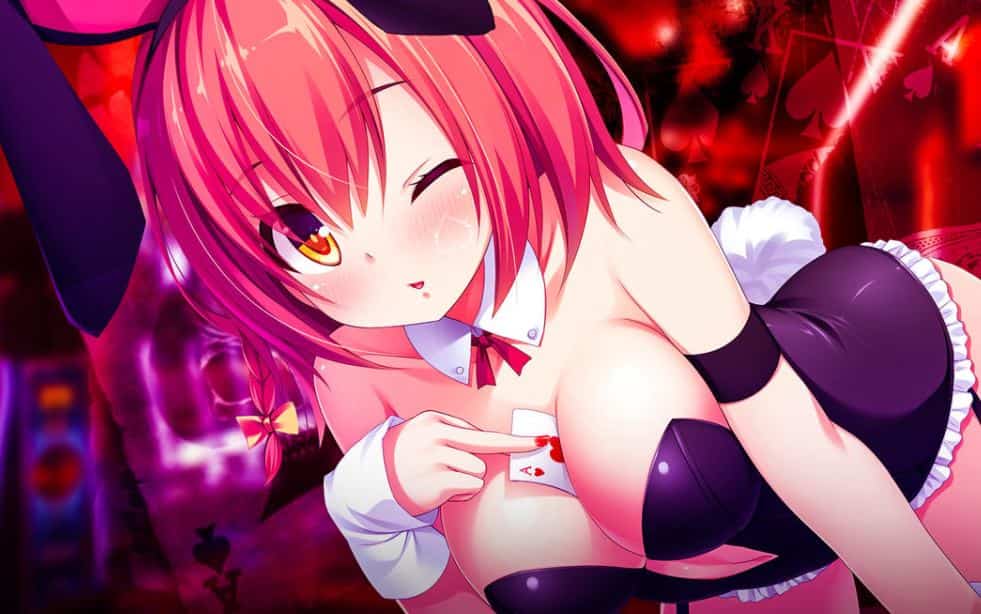 This is an entertaining watch for all those viewers who enjoy zombie apocalypses with plenty of fanservice to keep them entertained. While the plot of this anime is not all that strong, the steamy scenes allow for audiences to enjoy a sexy zombie apocalypse story that will have them hooked for the entirety of the show.

The plot of the series is centered around a group of students who work together to defeat the zombies and end the apocalypse that has gripped the world. Combine this plot with some soft-core sexual imagery to create an anime worth watching if you enjoy ecchi!

Another great ecchi anime to spend your weekend watching is a series that can be watched in two different ways. You can either choose to watch it as a good ecchi anime with considerable action and strong female leads. Or you can watch this show for the way it combines ecchi with the critique of typical anime paraphernalia. You might find yourself getting a little confused when watching the show, but the plot develops and matures to end in a glorious finale! A must-watch for viewers who love action-packed anime with a side of subtle sexy tones.

For the action-packed anime lovers, however, Naruto Shippuden would be a good place to start the journey to anime!

A colorful and bright anime filled with tonnes of fanservice, No Game No Life eliminates war, bloodshed, and action from the typical ecchi that may touch your screens. This is also an anime that is considered “intelligent,” in that it uses the concept of games as an integral part of the plotline. The visuals of this anime are gorgeous and recognizable, with cute color schemes and patterns that will have you appreciate every scene for the effort put in. The world that is also created as a result of this anime is one that you might find yourself returning to after a long day at the desk.

A fun anime to watch that has 13 episodes of 25 minutes duration each, this is not one that will be particularly enjoyed by those who prefer mainstream anime. But for those who enjoy a lot of fanservice and strong and sensual female leads, this is a good show to watch and is recognized as an excellent ecchi example. The plot is centered around a school for monsters learning to live amongst humans, so if that sounds right up your alley, then this one might be for you. Add some steamy scenes that are not too over-the-top and you might just find your next binge-watch series.

An anime that sticks to the supernatural theme, Sekirei has a team of voluptuous;y-figured females who are the center of attention of the series. All of the women in this anime are dressed in revealing and tight clothing, which might result in many viewing this show as slightly misogynistic. One of the major criticisms for this anime is that the women are treated like “objects”, so if that is something that does not sit right for you, you might consider skipping this one. If you do enjoy scantily-clad animated women gracing your screen, give this show a watch!

Characterized as having a rather unusual plotline, this is an anime for those viewers who enjoy their cup of animated sensuality with out-of-the-ordinary characters. Another zombie show for the walking-dead enthusiasts, Sankarea discusses the story of a boy who wishes to be in a relationship with a zombie girlfriend. With resurrection potions and a whole lot of trouble, this is a fun one to spread out over the course of a few night watches.

An anime that is filled with all the “naughty” stuff, this is the story of a boy who finds himself being the half-brother to two curvacious twin sisters. As the series progresses, the boy finds himself attracted to his sisters owing to their sensual bodies and demeanor and is faced with the decision of either rejecting his twin sisters’ advances or curbing his feelings entirely.