“Teen Mom 2” alum Kailyn Lowry revealed she was “afraid” after she received an “unsettling” email about her home build. The mother-of-four has been in the process of building her own house in Deleware, but it hasn’t gone as planned.

“The email that I got today about countertops and cabinets when I’m supposed to be moving in three weeks is just very unsettling,” Lowry told her “Coffee Convos” co-host Lindsie Chrisley in the November 18, 2021, episode of their podcast.

“I am so far over my budget — over my loan amount. My out-of-pocket expense at this point is…I’m afraid,” Lowry confessed to Lowry. “So that’s fun.”

Lowry originally was scheduled to move into her new house in before Christmas, but, because of various setbacks, she likely won’t be living in there until the new year. “I promise you it won’t be done until probably January or February at this point,” she said.

While Chrisley tried to soothe her friend — and say she will be happy once she’s moved in — Lowry said she wasn’t looking to the new home anymore. “I’m not excited anymore. I’m very not excited,” she said.

Lowry’s Grout Order Got Messed Up

The most recent dilemma for Lowry occurred with a mixup in her grout color and missing tiles.

“My interior designer is at my house right now — the new house — just to double-check on some things,” Lowry said on the November 18, 2021, episode of “Coffee Convos.” “They delivered tile to the house I think last week or the week before but they were actually missing an entire pallet. So we were just waiting on that.”

The “Teen Mom 2” star added that the tile mixup affected the grout, too.

“It’s, like, an easy fix but my builder was like, ‘No, I need the grout today in order to start,’ so he then went and got all of the grout and stuff because he didn’t want to wait for it because he needed to get started,” Lowry said. “It’s just weird little things that you don’t think of that would put you back.”

Lowry said in August 2021she wants to sell the home she built herself in the future, so some fans were confused when the “Teen Mom 2” star revealed she was painting her ceiling black.

“Is she serious? A black ceiling on a house she wants to sell in a few years,” an original poster wrote on Reddit, sharing a picture of Lowry’s Instagram picture.

The “Teen Mom 2” star included a poll, where more than 60% of her followers said they would not paint their ceiling black.

“It’s like she’s actually creating the cave Jo told her she belongs in,” one fan said, referencing a comment made by ex-boyfriend Jo Rivera in a previous season of “Teen Mom 2.”

“Is that a light or a vent in the middle of the ceiling?? Whatever it is, it’s driving me NUTS! Why not make the fixture flush on the ceiling?!” another person wrote. “Black ceilings are just gonna make that big room feel so small! My word, she’s an IDIOT.” 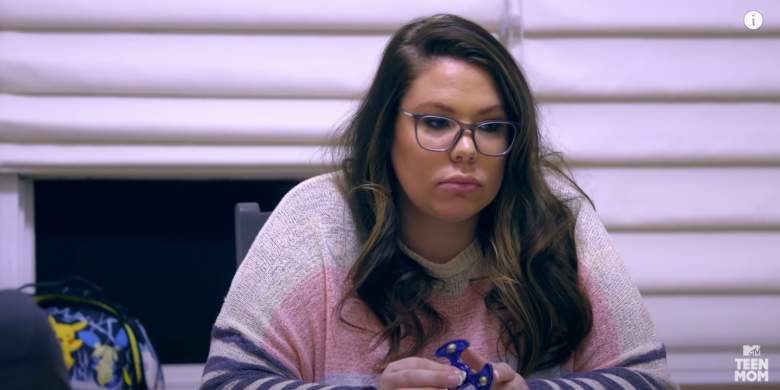 Kailyn Lowry on ‘Filming’ Amid Rumors of Quitting ‘TM2’