Bridgerton 2 is approaching soon on Netflix with lots of new characters but the question is, Who are they? I know you will be curious to see the list of new cast members who are going to coordinate with Rege jean Page in the iconic British drama series. So, here we have covered all the latest actors and actresses who are making their appearance for the first time on Netflix’s Bridgerton. 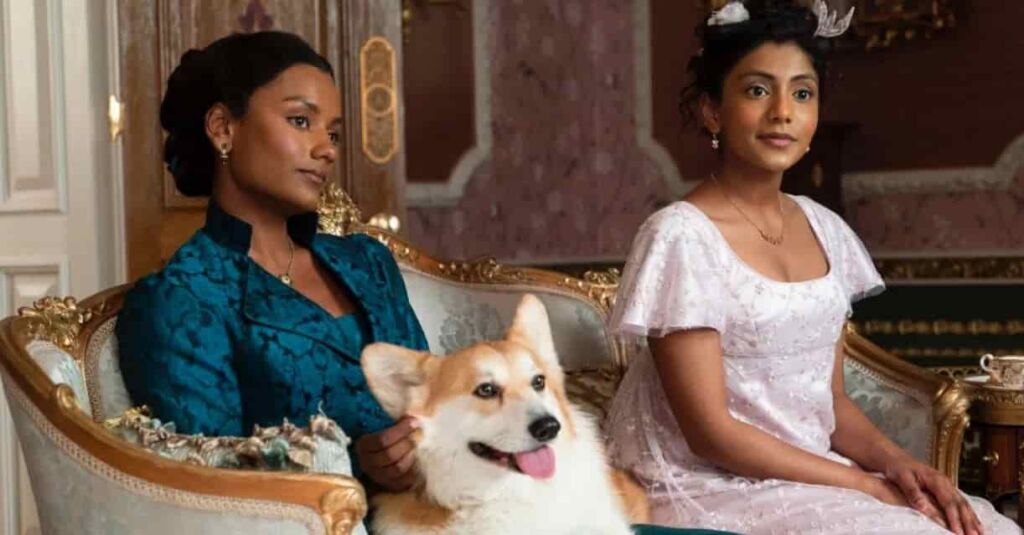 Like Phineas and Ferb’s Platipus Perry, Newton doesn’t talk too much. He is just an adorable creature casting as Sharma’s dog.

The evil parents of Mary Sheffield abandoned their daughter for his poor marriage choice. They expose the plan of Kate Sharma while having dinner with the Bridgertons.

Regarded for marrying a jerk against the agreement of her parents, Mary was high in London Society. She is now standing up for her daughters and doing whatever she finds right after the tragic death of her husband.

Edwina is the stepsister of Kate, daughter of Lady Mary, and the bride of Anthony Bridgerton until things took a turn. This new season will be full of romance and emotions as her husband and her stepsister are developing feelings for each other.

Kate is the main protagonist of the whole Bridgerton Season 2. She comes to London with her family in an attempt to search for a suitable groom for her stepsister Edwina. The Sharma family actually picks up Anthony as a perfect match but things start to twist when Kate and Anthony Bridgerton started to have feelings for each other.

Tessa is an important person for Benedict Bridgerton as the two meet for the first time in an art class. Benedict finds her as a simple model but she seems to have lots of expertise in arts. She is from the era when women weren’t allowed to go to art school and that’s why she isn’t as capable as today’s generation. Also, Anthony has paid for his school entry in arts.

After passing away of the real Lord Featherington, the family is waiting for the new Lord to take over the lead role. In the first season, we saw Lady Featherington come up with a new Lord that she found most suitable but the scene was full of questions and riddles.